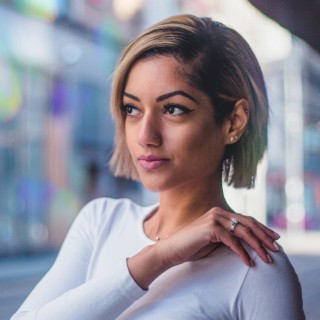 In July, I bumped into an old friend from university on graduation whom had liked me since first year. I was aware of this at that time however I was never ready to take it past friendship. I felt this immediate and strong attraction to him after that day and there’s always been chemistry between us and so we started talking again. He was amazing, everything I wanted after my ex. He treated me well, always told me I was perfect and beautiful, he would tell me how much he wanted to spoil me, I felt myself around him and so comfortable. It helped that we were friends before anything since I felt every feeling we expressed wasn’t just based on infatuation. Good things really do go for better to come along. However I was still seeing other people since I did not want a relationship and I told him I wasn’t after a relationship to clear any misunderstandings. He had just got out of a relationship. We were both so loving towards eachother, we said we hadn’t felt so comfortable and close to someone before. He told me that I made him very happy and feel great about himself since his ex’s were quite selfish. The only issue was that he lived far away so we’d only see eachother once a month but whenever we were together it was the best. I felt so close to him in every way, I felt bliss. we felt great appreciation for eachother and I was loving it.

Things got deeper and we started to like eachother more however we’d say that as a relationship it would be hard since not seeing eachother all the time would eventually take its toll on us. I was enjoying going with the flow and just relishing in all the positive aspects. I lost the desire to talk to other guys however I also felt that by forcing commitment it would make the love between us conditional and I didn’t’ want us to hurt eachother since a lot of expectations come from commitment. 4 months later and things have changed within a week.

He has chosen to pursue and be with a friend of his from where he lives since he so desperately wants a girlfriend. He had mentioned earlier this week that he couldn’t handle the distance between us and wanted to see other people. At first I wasn’t bothered because we never said we can’t date others however my ego came into play I started thinking dark thoughts. It felt liken the heartbreak from the previous break up was all coming back to me.  I could feel he was slipping away from me during the week and that I may not be seeing him again in the romantic way and it hurt me. I started thinking fear based thoughts such as “he doesn’t want me anymore” , “he’s going to find someone and I’m not going to be with him again”, “I don’t want anyone else”, “how could he say all those things to me and now do this?”, “men are so fickle” etc.

I then reminded myself that when I finally found happiness after the split from my ex it was because I surrendered to the universe, accepted what was, focused on myself and embraced faith. I was full of life and love and this guy was the one that wanted to pursue me and liked me loads originally, I just went with the flow.

When he told me this morning that the girl had asked him out, I kept my replies graceful with a hint of bitchiness. He needs to know I’m fully aware of my self worth and not upset (which I’m not) and boy am I grateful that I have dealt with this disappointment so well. I feel great and strong, I do not feel as if I’ve lost anything and I am more driven to do well for myself since I’ve seen how well things flow into place and how ever-changing life is. If we find ourselves back in eachother’s arms, we’ll see, since I know he’s always liked me loads and always will. This relationship he is in may work well or it may not. Things are always perfect at first however he’s pursued a relationship for the sake of having a girlfriend since he’s bored of being single. He wants to fill a void and has given up the amazing love we have/had out of desperation.

I control how I feel and I can’t help that he feels the way he does, however I feel great because life goes on and I am too blessed to be getting upset. Never let the other person’s faults make you think you are lacking something. You are special, beautiful and amazing and it’s not your fault that other people can’t see or value that. We are all human and we all make mistakes  As long as you have your own back and stay true to yourself, nothing or no-one will phase you.

There is no room for self pity or sadness here. Only positivity and strength.

Sharing what I learn whilst on this beautiful journey called life. View all posts by Amo Mann